My Basileas Mini American Shepherd (also known as Mini Aussie) puppy Buzz, has reached 6 months of age!  Well where did that time go?  It only seems a moment ago that I picked him up from his breeder Fran. I can’t thank Fran enough for giving me such a good natured puppy and have been watching the progress of his siblings and they are all very good natured well balanced dogs.

I collected him on the 5th October and he settled in really quickly… he house trained really well and getting up a few times in the night to let him out paid off.  It’s worth the initial pain for the gain of having a dog that knows where toileting is supposed to be done.

The first thing he had to overcome was the big bad wolf… my other dog Maya who was still missing her friend Flynn, who we sadly had to have put to sleep in the August. She has never been a fan of puppies and so having one in her home was not easy to swallow! Especially such a happy licky one! Sharing toys was not something she was keen to do but Buzz was not put off by her faces and growls! 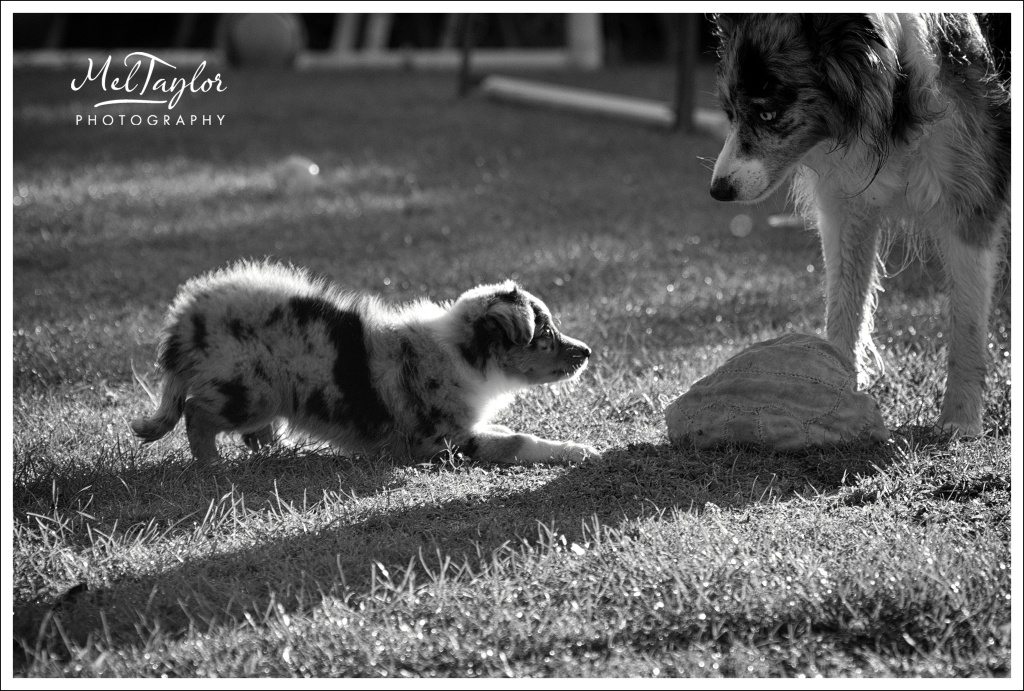 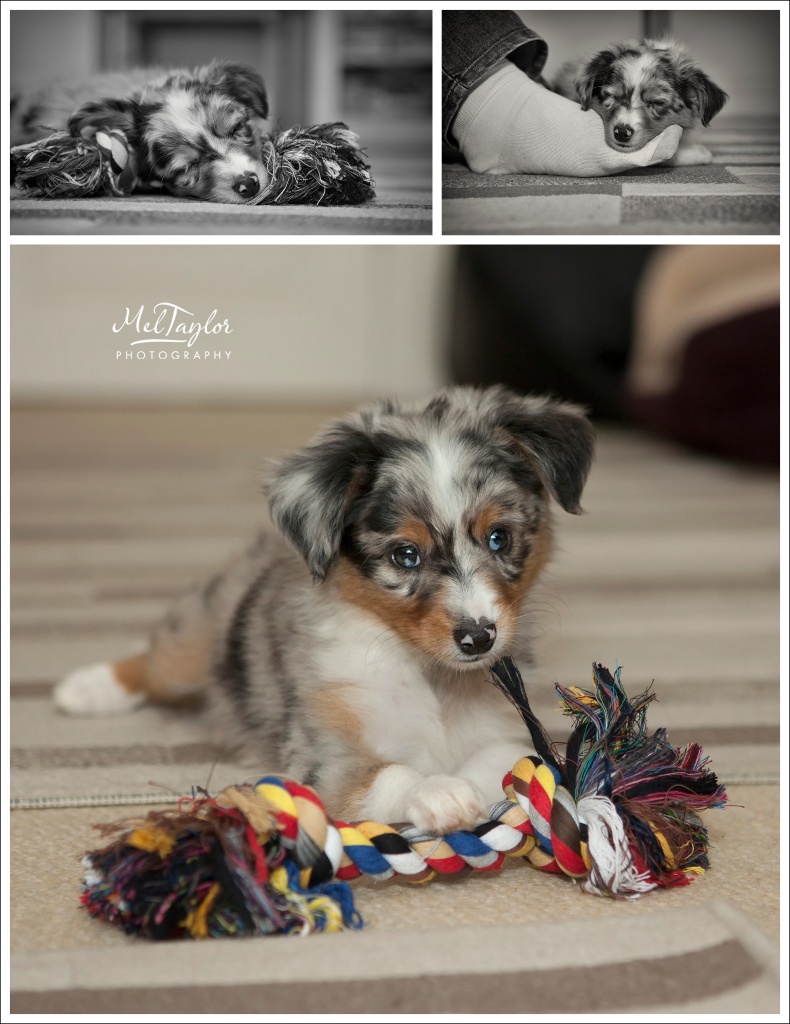 He spent some time being carried around in a rucksack until he had completed all his vaccinations. A great was for a puppy to get to know his surroundings and meet people, other dogs, traffic, horses, tractors etc.  Plenty of cuddles and bonding with me too of course and he just loves my boys. 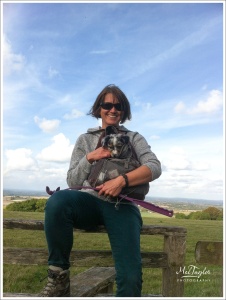 Once we were on the ground there was no stopping him, lots of places to explore, even a couple of trips to the beach! We started puppy obedience and socialisation classes as soon as he could and woud alway recommend people do this with new pups. We have now completed our 8 week course but still continue to go and he has progressed into the next class up. 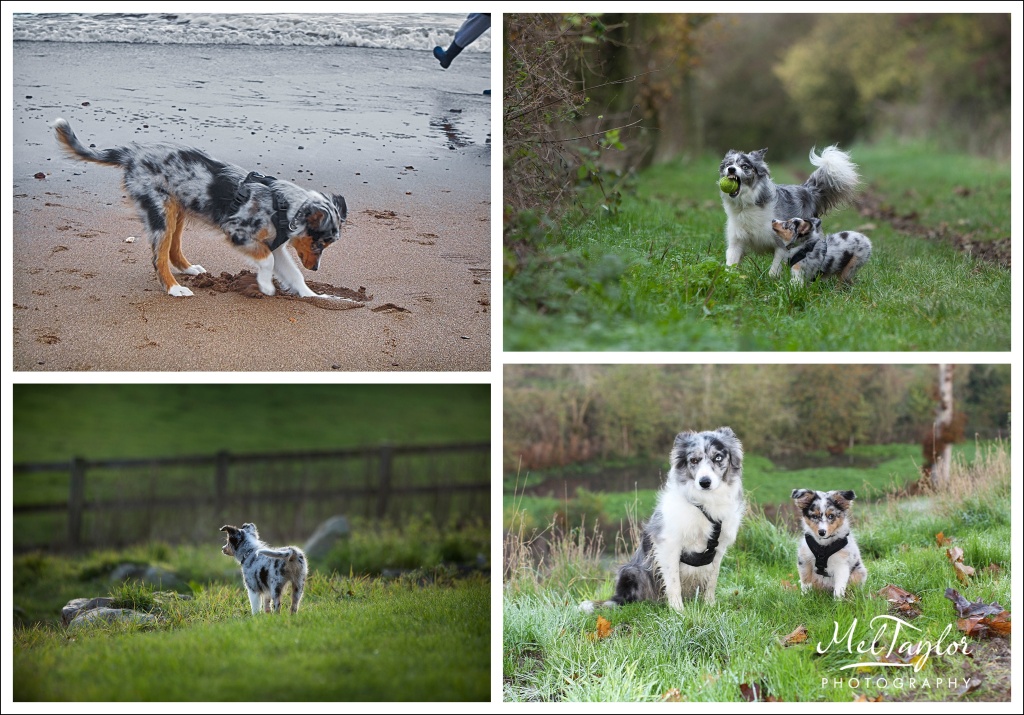 We had our First Xmas and our first encounter with snow. Apparently its good to eat! We are are looking forward to lots of fun in the summer training for agility with our trainer from Positive Dog Training – Jo Fraser. Buzz will come along with Maya to competitions but wont be able to compete until he is at least 18 months old. Buzz has already started learning the basics with Jo but its all fun games and tuggies at this point but he is showing promise for the future. He has also learnt a lot of tricks but we will leave that for another post!

It has been such fun watching him develop, training him and seeing him change. I am looking forward to doing much more with him as he gets older. The images were taken at 2 months, 3 months, 4 months and the largest picture is 6 months. 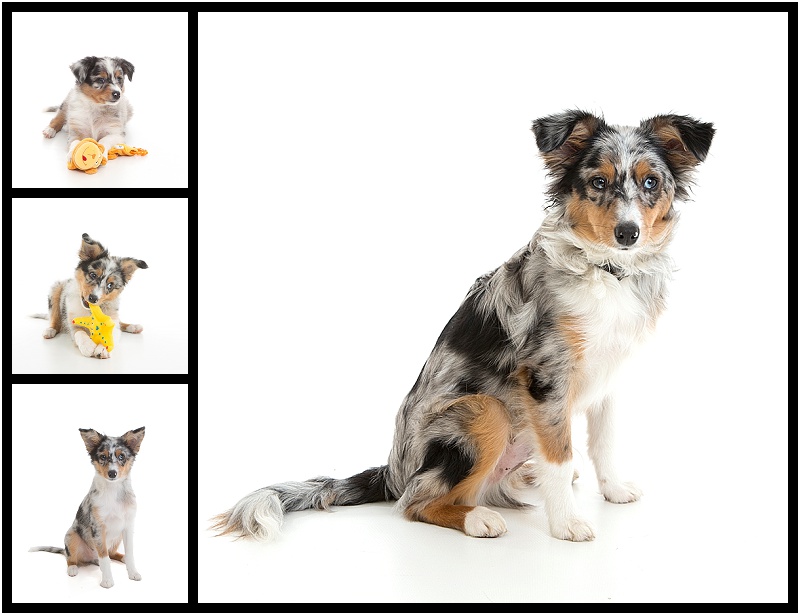 To celebrate his half year birthday we went in the studio today to do his offical portrait… He loves going in there to play and see what mischief he can get up to. Thankfully as we do more training the obedience improves and each session is easier to manage! Thanks for reading the post.