“What another”, many have said, as Buzz is only just turning 11 months. I made the mistake of going to the breeders http://www.basileas-minis.com to photograph the two litters she had there and just fell in love with this one. Sadly for my husband who thinks one dog would be one too many… the person who he was taken by pulled out…. Lucky me!!!!!  How could I resist this little fella.   (4 Weeks Old)

He is another Mini American Shepherd dog, the same breed as Buzz but different parents and he has now been at home with us for a week and a half and has settle in so well as did Buzz. He will probably be a little bigger than Buzz but smaller than Maya. His name is DASH..

I took several trips over to see this little fella and the rest of the pups. My next visit was at 5 weeks old, they do grow so quickly! 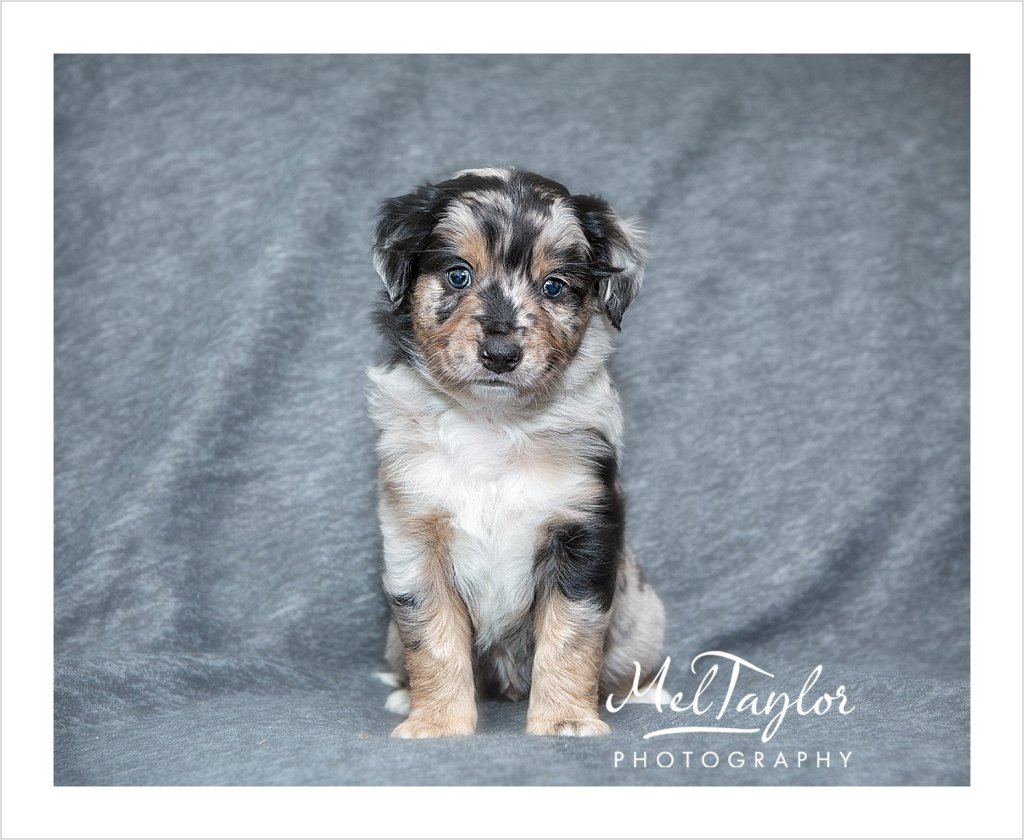 It was also nice to be able to get some images of the pups outside as well. Makes me laugh how short his legs are in these images. 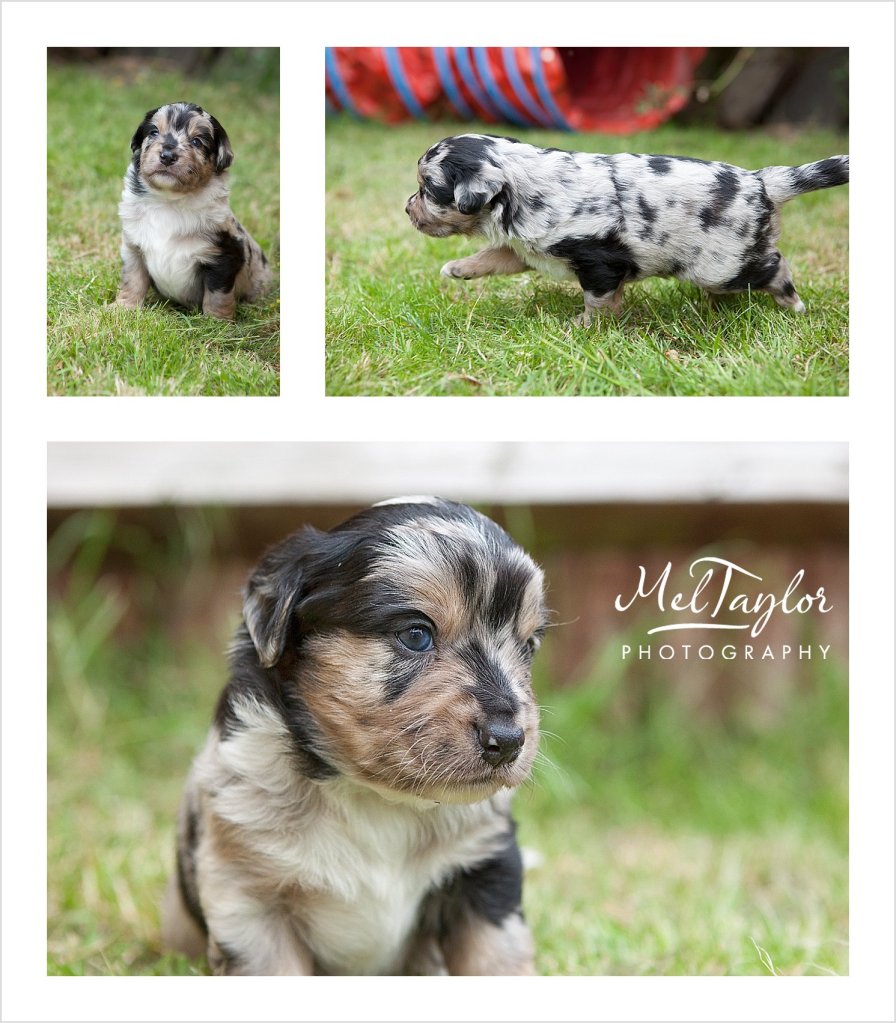 Next visit was for a sneaky cuddle and of course some more pictures. All the pups had grown so much and at this point are 7 Weeks old and full of fun. Here is a picture of all the litter.

I collected him just after 8 Weeks and he soon got settled and to know the boys and his new playmate Buzz.. 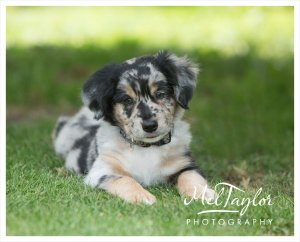 He has been a star, very clean around the house, had not chewed anything… YET… asks to go out… in fact he yells!  He has formed a strong friendship with Buzz and they have great fun chasing each other and tugging. It’s so lovely to watch. Nothing seems to worry him, he has been to the shops, to school, and coped well with the massive thunderstorm we had.

He has not yet completely won over Maya my Boarder Collie but she is much more tolerant of him than she ever was of Buzz. You can see from this image she is not impressed to be put with the boys!

He is now 9 Weeks old…. and we are looking foward to our adventures together….

Thank you for reading my blog. http://www.metaylorphotography.co.uk